No doubt, Ecuador is considered to be a pearl of the South American Eastern Coast. It is known for its amazing landscapes and wildlife, the civilization of Inca, and many other cool aspects. They attract thousands of tourists every year. But did you know that their flag is a standalone piece of art, symbolizing a hard-earned victory for freedom and wealthiness? Here are some amazing facts about the Ecuador flag.

The author of the Ecuador flag was Francisco de Miranda, a Venezuelan general, who created the initial design of the flag in 1811. As an outstanding person, he had a lot of talents. Francisco de Miranda was a symbol of revolution for freedom against Spanish American colonies. And finally, he managed to create a truly unique mix of colors for the flag. It was eventually adopted by 3 countries: Venezuela, Columbia, and Ecuador.

The first national flag of Ecuador was quite different. It contained horizontal stripes of white and blue colors with stars in the middle. It was similar to Argentina’s national flag. The stars symbolized the departments in which Ecuador was divided.

It took around 10 revisions before taking its final form in the 2009 year and till present days. What is so special about it?

What Is The Meaning Behind Ecuador Flag?

The colors of the flag were selected with a direct purpose and not randomly. The famous German poet Johann Goethe explained his theory of primary colors to Miranda. According to his theory, they’ve symbolized warmth, excitement, and exaltation.

The Coat of Arms 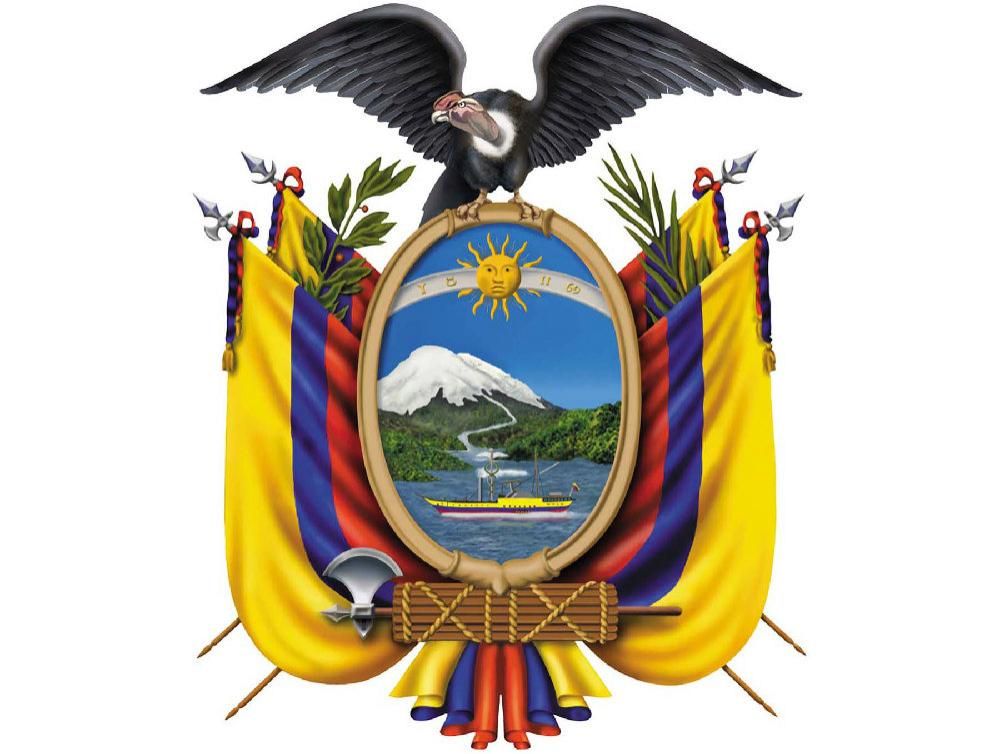 One of the most amazing aspects, which differs the Ecuadorian flag from any other flag, is the Coat of Arms of Ecuador. The crest has a lot of hidden small details, and here are just some of them:

The National Flag Day in Ecuador

If you ever visit Ecuador in September and suddenly see a lot of proud people, carrying their national tricolor symbols – don’t be surprised. You’ve encountered a special event, which is important for the citizens of Ecuador – their National Flag Day, which is celebrated on September 26 each year.

This is a symbol of national pride, and you can often encounter it on any other day. If you want to get one for yourself – make sure to visit the sports stadium, especially if there is a soccer match. It is the best time to buy an amazing piece of art to keep a memory of this amazing country.

This site is supported by ads. Please help us out and disable your ad-blocker.